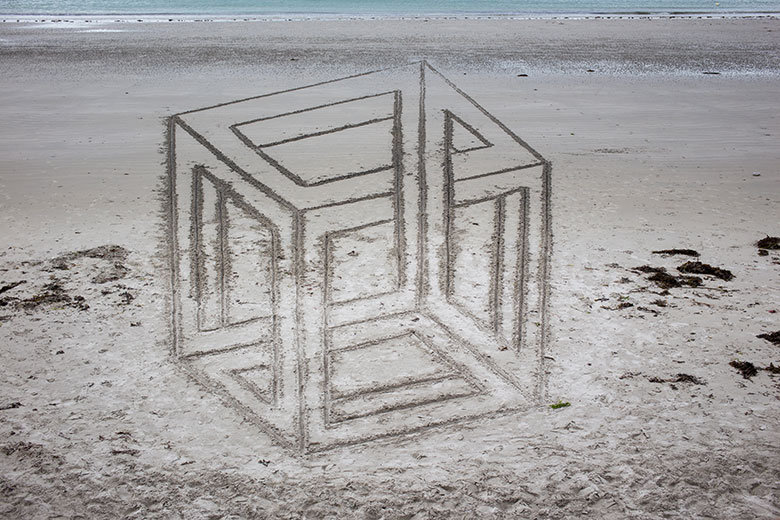 With this anamorphic intervention on the beach of Trebeurden, the idea was to create an optical disorder and play with the limits of the photographic representation of space. Indeed, by playing with this "optical subterfuge where the apparent eclipses the real" (Baltrusaitis, 1984), it is as much the flat condition of the photographic image as its difficulties to show a depth that are highlighted. Also, by performing this intervention as part of an artistic festival of in situ artwork, it was a question of making visible a long and laborious process of work where the image is built by imposing itself on the territory

Movie of the intervention in situ