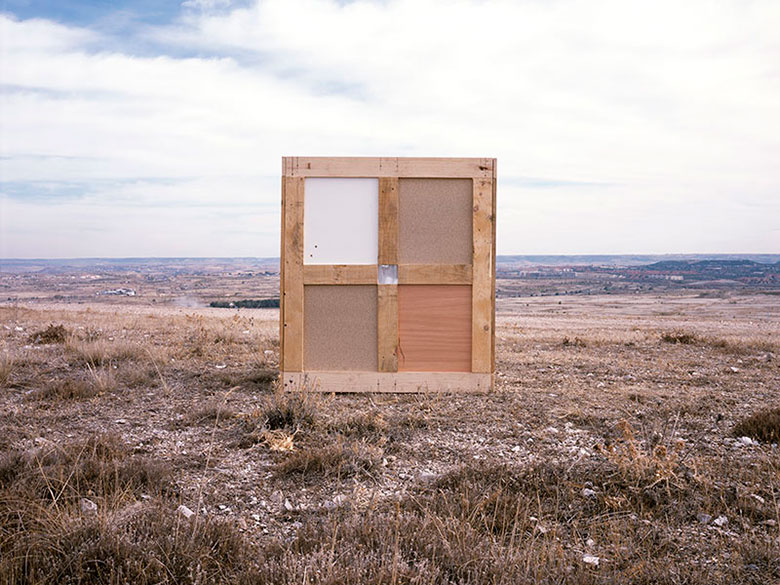 Building a box at the scale of the body, from materials gleaned in constructions sites and making it as a functional camera obscura : an hermetic box with a pinhole on each face. Then, abandoning it on the top of Cerro Almodóvar, a witness hill at the eastsouth of Madrid, from where we can see the advance of an urbanism without qualities on a desert territory. In this way, I wanted to think the photographic act and its apparatus, more than the image itself. Because at the end what is shown is only the closed box containing the idea of a landscape represented 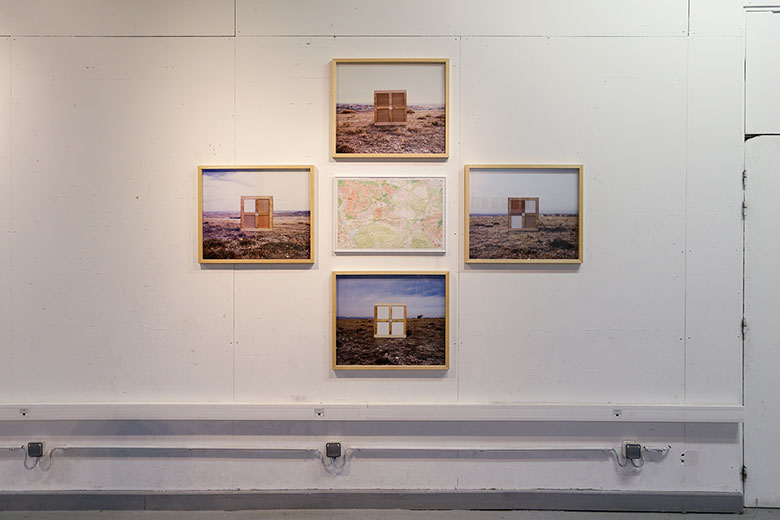 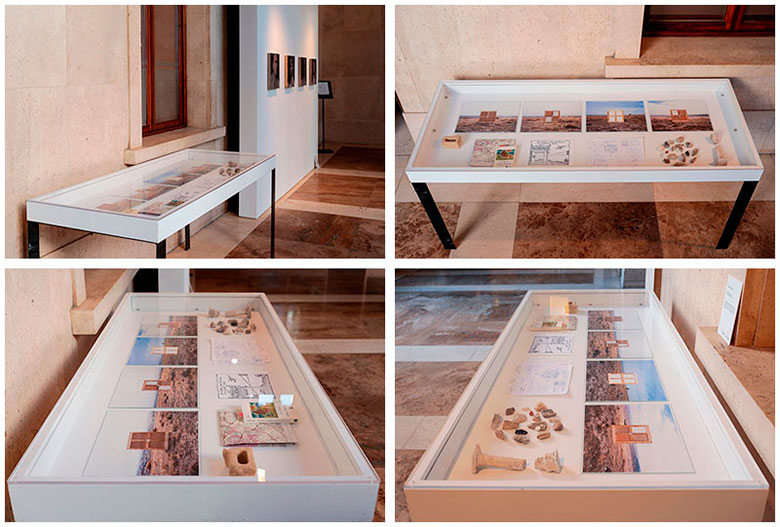