A person filmed from backside in a fixed plan, digging a hole in an indeterminate space, at night. This disturbing video begins with a black screen and literally lights up when the character turns on a generator. From then it is the noise of this engine that occupies the sound space. The hole is actually already started when the scene lights up and the character is just continuing it during the time of the video. After about 12 minutes, the generator turns off, alone, plunging the scene back into the dark. With this video, that has to be played in a loop, I wanted to play with the imagination of the viewer and also question the artistic practice as a laborious work on the edge of the absurd 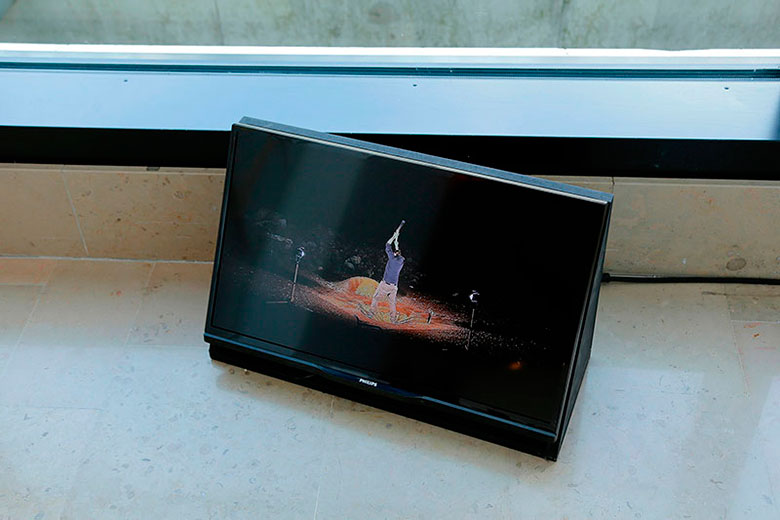