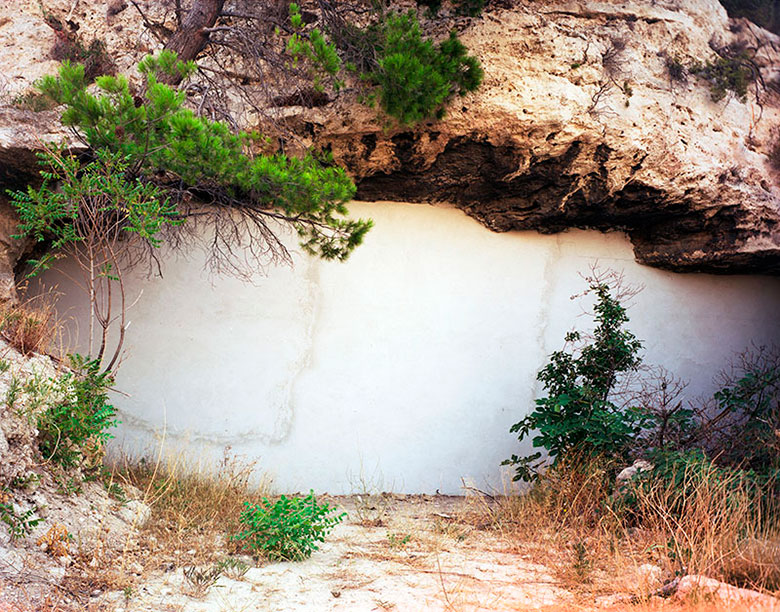 With this photograph taken in a periurban area, and framed to create the confusion between inside and outside, it is the lackness of perspective and the confinement that interpellate. Indeed, presented in the form of a 1:1 scale poster covering the entire wall of the showroom, this image physically confronts the viewer to a dead-end space, clogged and walled. In this way it is the game between the photographed space, the spectator and the exhibition space that is highlighted. In addition, in an attempt to make the installation process sensitive of this photographed wall, the poster was deliberately fragmented into A4 prints stuck side-by-side. Thus the image as a surface lining a wall, also becomes a trace of an extremely laborious and painstaking intervention where the slight defects of collage create a disturbance and open the question on the part of simulacrum of photography

Intervention in situ at 156 rue Aubervilliers, Paris, during the exhibition Identité(s), Fanatikart - 10-2015

Intervention in situ at La Marbrerie, Montreuil, for the event Un espace - 05.2013
On a proposal of Sergio Verastegui y Hold Up