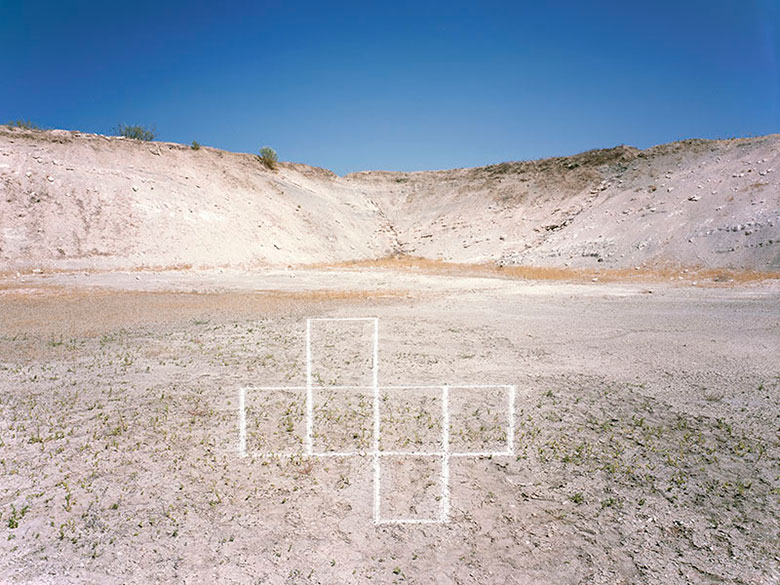 With this project the idea is to question the photographic representation and the artistic work but also the contemporary urban space without qualities and its production. Starting from a carefull observation of the urbanism after the Spanish real estate bubble and the desire not to simply photograph the visible effects, I chose to carry out a series of 11 interventions in a pre-urban space from the outskirts of Madrid. Starting with the shape of the cube as a minimal containing form, it was necessary, for each intervention, to draw on the ground in anamorphosis one of the 11 possibilities of deployed cube. With this repetitive protocol with absurd implications, I wanted to make a critical picture, that could go beyond the specific context of Madrid, and questioning the speculation and the limits of a photographic representation. Thus, each of these photographs is the result of a process in which the photographic chamber becomes a visual measuring tool 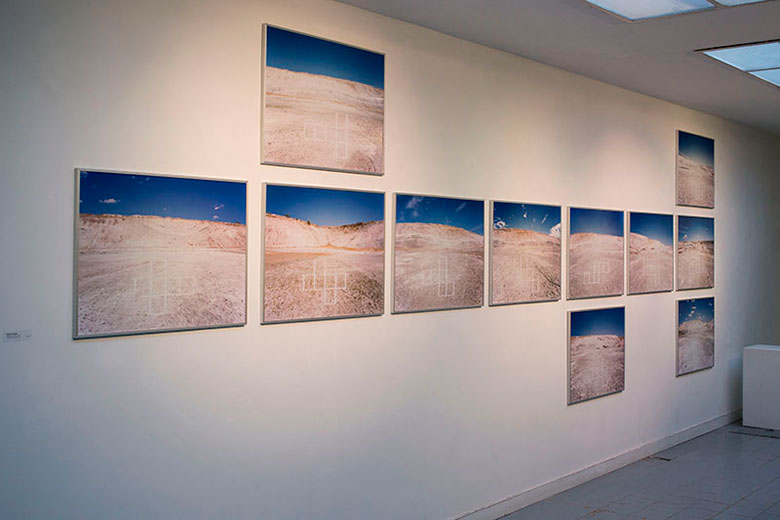 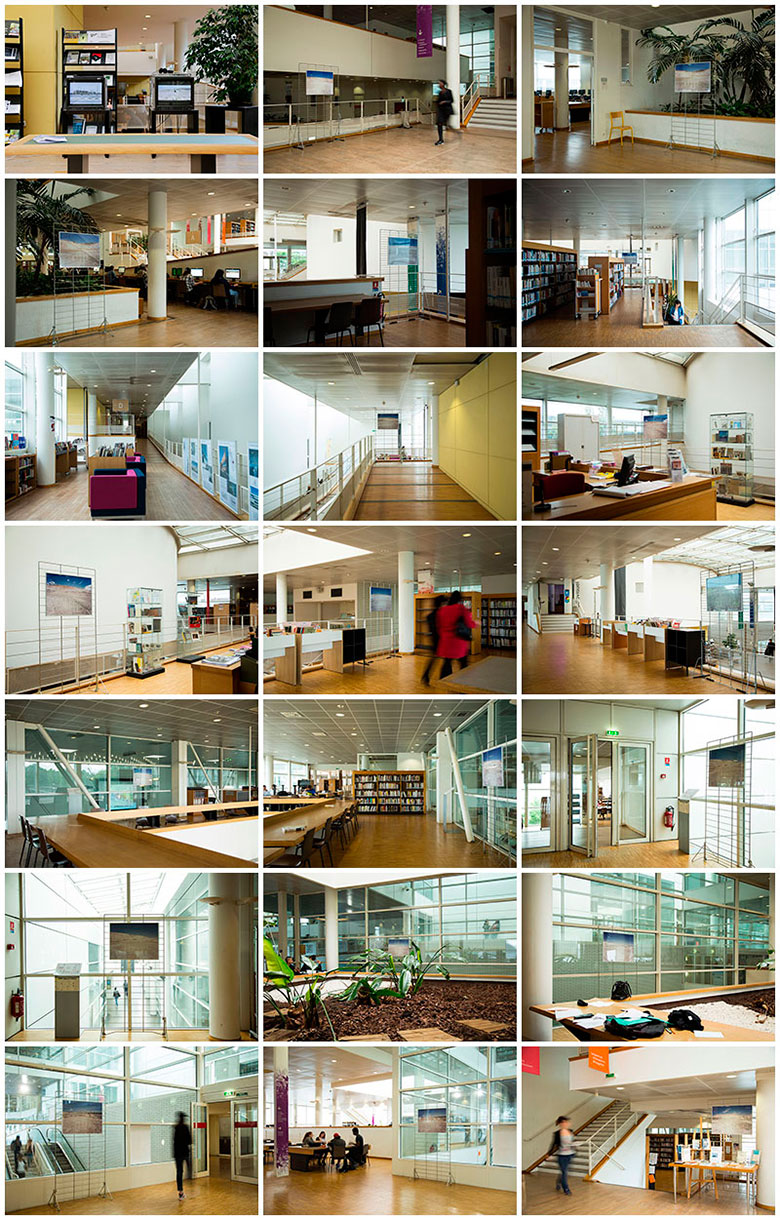 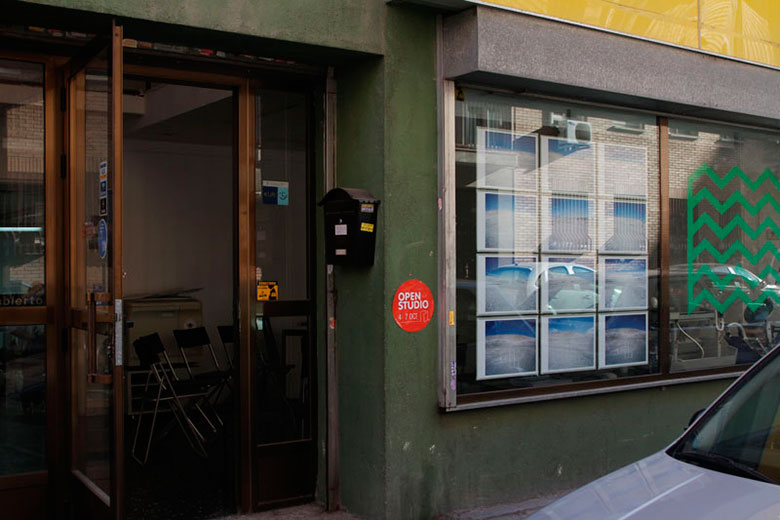 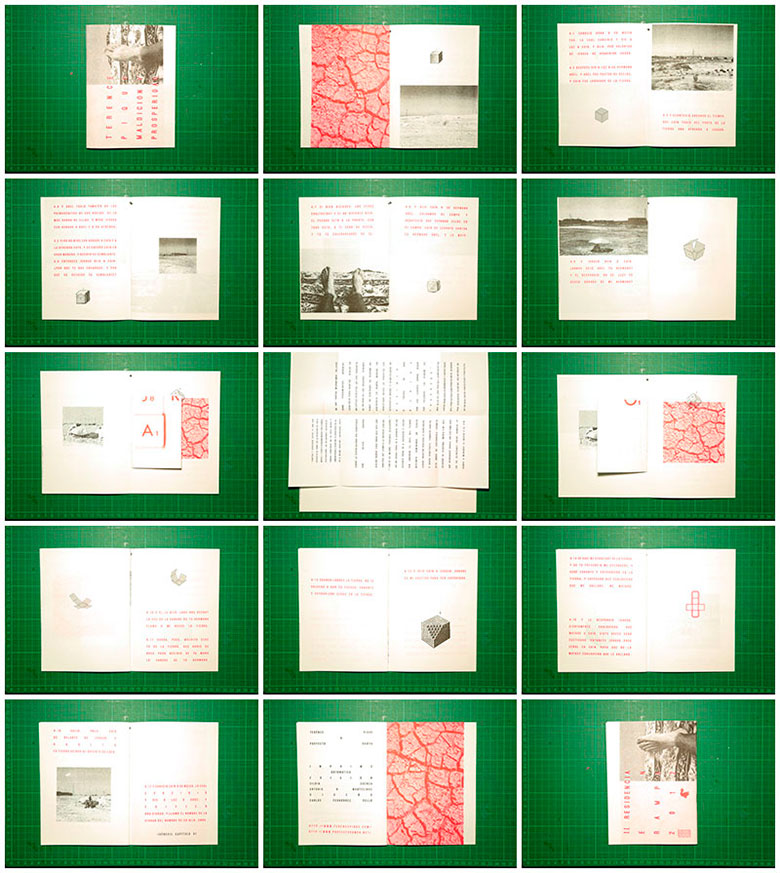